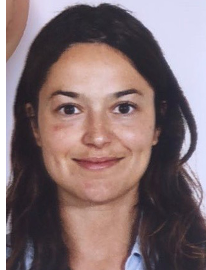 Gara Arteaga-Henríquez, MD, MSc(Research) is a psychiatrist who is doing her doctoral degree at the Ludwig-Maximilian-University (LMU), Munich, Germany and works at the Psychiatric Genetics Unit, Group of Psychiatry, Mental Health and Addictions, Vall d’Hebron Research Institute (VHIR), Barcelona, Spain. Her particular interest lies within the field of psychoneuroimmunology and the search of immune/inflammatory targets for psychiatric conditions such as attention deficit and hyperactivity disorder (ADHD).

Attention-deficit/hyperactivity disorder (ADHD) is a neurodevelopmental disorder with an estimated prevalence rate of 5.3% among children and of about 2.5% among adults. It is characterized by a persistent pattern of inattention and/or hyperactivity-impulsivity, being associated with significant impairment of social, academic, and occupational functioning across the lifespan.

However, despite many efforts, the exact etiology of ADHD still remains unknown and data about modificable risk and protective factors are largely lacking. Recent evidence has suggested an association between inflammation, immunological disturbances and ADHD. Supporting this idea, an increased incidence of immune-mediated disorders (e.g. asthma, allergic rhinitis, atopic dermatitis, allergic conjunctivitis, psoriasis, thyrotoxicosis or type 1 diabetes) accompanied by elevated serum/plasma and cerebrospinal levels of inflammatory markers (especially interleukin (IL)-6) or auto-antibody levels (e.g. antibasal ganglia antibodies, antibodies against the dopamine transporter) have been found in these patients.

Importantly, recent studies have shown the gut flora as an important immunoregulator (1-3) and it is hypothesized that an imbalance in the gut microbiota (dysbiosis) may have a negative effect on cerebral development and behavior (4). About 95% of all circulating serotonin, dopamine or noradrenaline precursors are produced by our gut microbiota, being this ‘enteric nervous system’ bidirectional connected to the central nervous system through hormonal or immune/inflammatory pathways.

In line with this, recent findings suggest that some aliments as probiotics can not only revert dysbiosis, but also modulate brain neurodevelopment, activity and improve cognition, mood and behavior due to their immunoregulatory and anti-inflammatory properties (5-7).

Therefore, understanding the microbiota and how the gut connects to the brain would be important both for the better comprehension of the biological bases that underlie some psychiatric disorders such as ADHD, as for the future development of new evidenced-based drugs for these conditions.

This was co-authored by Josep Antoni Ramos-Quiroga, MD PhD psychiatrist and Head of Department of Psychiatry at Hospital Universitari Vall d’Hebron in Barcelona, Spain. He is also professor at Universitat Autònoma de Barcelona.