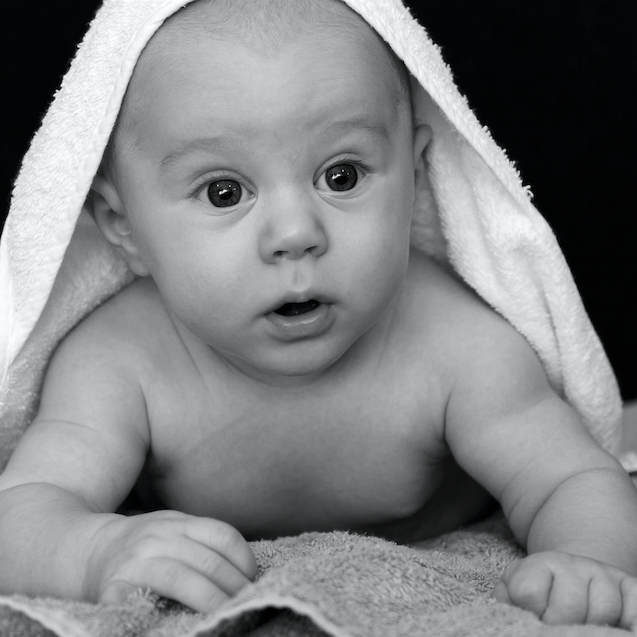 The European Union regulates many things, even including the food intake of our babies. Therefore, since February 2020, the omega- 3 fatty acid docosahexaenoicacid (DHA) has to be added to infant formulas (1)

Babies cannot synthesize an adequate level of DHA themselves and depend on DHA in their nutrition. High amounts of DHA are found especially in a high amount in fish or algae. A large uptake of DHA by mothers (e.g. as a consequence of eating fish) leads to a higher concentration of DHA in mother’s milk.

In the second half of gestation and the first two years of life, the developing brain and retina accumulate large amounts of DHA, so in those periods you especially need DHA for brain and visual development. That’s why the European Food Safety Authority (EFSA) recommends that DHA should be added in infant formulas in similar concentration as in mother’s milk (2).

A recent scientific review article (3) suggests a benefit in cognitive development when children are fed with infant formulas supplemented with DHA, compared to children with formulas without supplementation. Furthermore, DHA is reported to have beneficial effects on immune function (lower incidence of infections or allergic and atopic diseases early in life).

Note:  Mother’s milk is still recommended as the best nutrition for babies – the infant formulas with added DHA only enhances the assessed parameters in a direction that is closer to exclusively breast-fed infants.

Interestingly, current research (4) is exploring the therapeutic effects of DHA for people older than two years, e.g. for ADHD or early psychosis. However, considering that high concentrations of DHA are needed during brain development, the most beneficial results of supplementing DHA can be expected in early life.

There is growing evidence for adding the omega-6-fatty acid arachidonic acid to infant formulas in addition to DHA, and therefore it is already claimed to amend the EU-Regulation in the future (5).

What can we learn? Maybe firstly, that there are useful EU-regulations as well; and, secondly, that while breast-feeding is the preferred way to nourish your child, that formula ingredients really could make a difference.