How Do Kefirs Influence the Gut-Brain Axis? 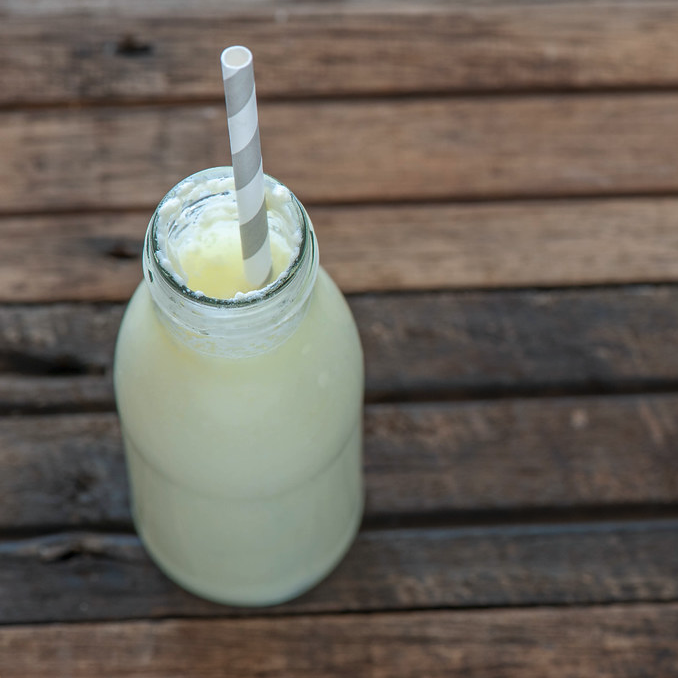 Kefir, a traditional fermented food, originates from Caucasus mountains. Kefir is easily created by mixing milk with kefir grains. These are live microorganisms (bacteria and yeasts) that start the fermentation process. Depending on the composition of the kefir grains, you can create many different kefirs. The word kefir is derived from the Turkish word Keyif, which means “good feeling”. Indeed, researchers have found that kefir drinks are related to numerous health benefits, including immunity modulation, cholesterol metabolism, and tumor suppression [1]. Furthermore, kefirs may ameliorate certain psychological issues by modifying the composition of your gut microbiome. Research has shown that there is bi-directional communication between the gut and the brain, which suggests a potential for diets to improve brain function.

To explore how kefirs influence gut-brain communication, researchers from Ireland gave mice two types of kefirs (Fr1 or UK4) and compared the behavior of these mice to that of mice that received only unfermented milk [2]. They found that the two types of kefir had different effects on the behavior of the mice. For instance, the mice that had received the Fr1 kefir showed more reward-seeking behavior, while the ones that had eaten the kefir UK4 showed less anxiety/repetitive behavior.

The researchers also used advanced techniques (called shotgun metagenomics sequencing and metabolome analysis) to investigate the effects of the kefirs on the gut microbiome, the amount of neurotransmitters serotonin and GABA in the intestines, and the response of the immune system. . Both kefirs significantly altered both the composition and the functioning of the mice gut microbiome.  For instance, both types of kefir resulted in more gut bacteria that produce GABA (i.e. the lactic acid bacteria Lactobacillus reuteri). Furthermore, the kefir Fr1 altered the amount of serotonin in the mouse intestines. This kefir also had a beneficial effect on the immune system of the mice.

In a nutshell, this research shows us that in mice, kefirs are considered capable of activating microbiota-gut-immune-brain axis and modulating behavioral patterns and that different kefirs have different effects. Potentially, this could mean that kefirs are another type of psychobiotic.